British Standards are the standards produced by BSI Group which is incorporated under a Royal Charter (and which is formally designated as the National Standards Body (NSB) for the UK).

CE marking is a mandatory conformity marking for certain products sold within the European Economic Area (EEA) since 1985. The CE marking is also found on products sold outside the EEA that are manufactured in, or designed to be sold in, the EEA. This makes the CE marking recognizable worldwide even to people who are not familiar with the European Economic Area. It is in that sense similar to the FCC Declaration of Conformity used on certain electronic devices sold in the United States.

The CSA Group (formerly the Canadian Standards Association; CSA), is a not-for-profit standards organization which develops standards in 57 areas. CSA publishes standards in print and electronic form and provides training and advisory services. CSA is composed of representatives from industry, government, and consumer groups. 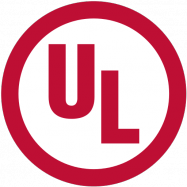